'Hold fast
that which is good'

On 6 February 1961, 86 students from Prep to Year 8 arrived at The Peninsula School. Today there are over 1,400 bright students from Kindergarten to Year 12.

Peninsula Grammar School is renowned for the depth of learning opportunities it provides each child. As the preeminent coeducational day and boarding school on the Mornington Peninsula, we have a proud history of academic success, sporting triumph and an unrivalled landscape of learning.

With enduring partnerships across China and Malaysia the School provides a truly global education. 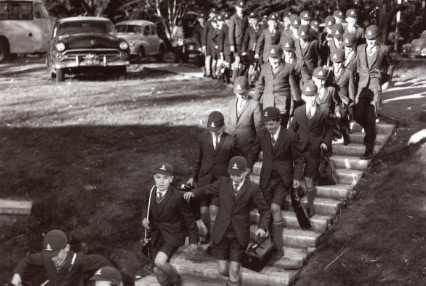 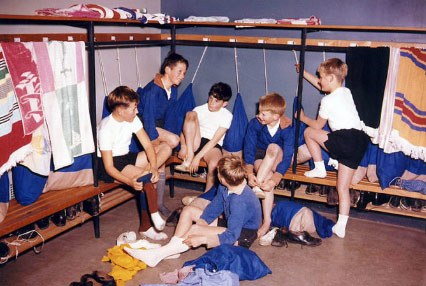 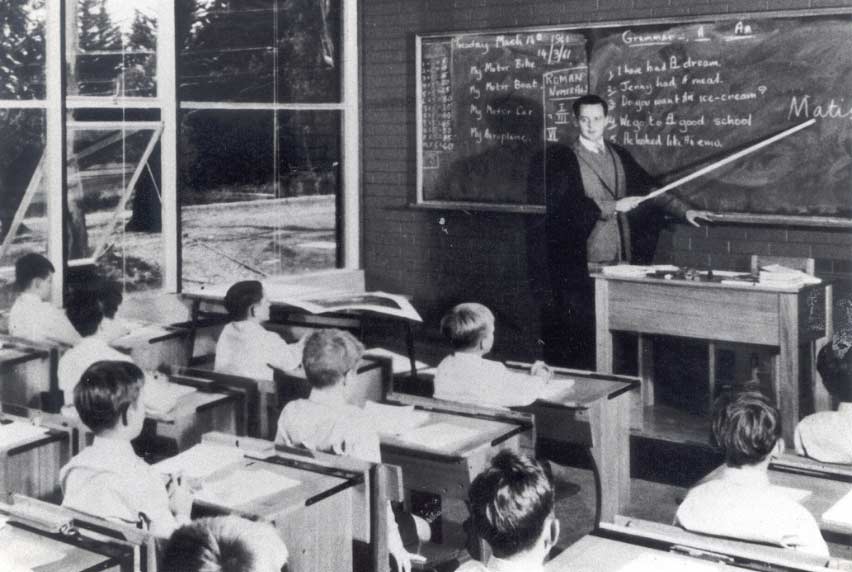 When five residents of the Mornington Peninsula began talking of the need for a church associated boys’ school, there had been no new independent school in Melbourne for more than 50 years. The year was 1957 and the Mornington Peninsula was developing very rapidly, with hundreds of new families moving into the area. The dream of a new school was shared by an ever-increasing group of dedicated and enthusiastic men and women. Countless meetings were held to garner support, and fairly rapidly the dream became reality.

On 5 February 1961 the builders moved out of the newly completed single block of classrooms and the teaching staff moved in, shifting furniture and books in for the next day, the first day of school. The School’s first Headmaster, Rev. Dudley Clarke, who had an impressive ability to inspire commitment and effort in others, led the team of just eight Foundation staff. The next day 86 students from Prep to Year 8 arrived at The Peninsula School.

The Founders held on to their vision of a successful school that would provide a complete primary and secondary education for students on the Mornington Peninsula, and the School continued to thrive.

By 1965 there were more than 400 students including the first group of Year 12 students, and the very first Peninsula Grammar Prefects. Rev. Dudley Clarke left the school in 1971 after a decade of outstanding leadership.

The second Headmaster, Mr Harry Macdonald, led the School with distinction for 20 years and saw it go from strength to strength. He retired in 1991, and in 1992 he received the Medal of the Order of Australia (OAM) for his ‘Outstanding Service to Education’.

Mr Ray Hille was appointed Principal in 1992 and steered the School through a new era where technology became an integral part of the School day. In 1994 girls were enrolled for the first time and by 1999 the School had girls in every year level from the ECC to Year 12. Mr Hille retired in 2009 and in 2010 was awarded the Medal of the Order of Australia (OAM) for his ‘Outstanding Service to Education’.

Mr Stuart Johnston commenced in 2010 and is only the fourth Principal in the School’s history. The hard work and vision of the Founders continues to inspire all whom work and study at Peninsula Grammar today.

The original colours for the School were royal blue, tan and white.

In 1961 the Foundation students wore a blue cap with tan trim and a plain white mitre at the front, because the School crest had still not been designed.

After 1961 the cap carried the coloured crest on the front panel. The cap remained part of the uniform until the late 1970s. The blue blazer with the School crest on the top pocket was originally a sports blazer, designed to be worn with cricket whites. It proved so popular with the students that they were soon permitted to wear it casually as part of their everyday uniform, but the grey suit remained the formal uniform until the late 1970s.

Students who received Colours awards had red piping on their jackets.

A blue shirt was worn by all students until 1965, then the first Year 12 students wore a white shirt.

The first sports top was a blue jumper with tan collar and cuffs with no School crest. The sports jumper was reversible for practice matches and inter-House games at school. It had a white stripe on the reverse side to make the teams easy to tell apart. The football socks were blue with a tan band at the top.

In 1990 the mid-blue of the blazer, jumper and tie was changed to navy. The striped blazer was first introduced in the late 1980s as a Colours or Awards blazer, but proved so popular that it soon became the standard uniform for Senior students.

In 2008 short socks replaced the former long socks as part of the summer uniform.

In 2010 the “February Shirt” was introduced in response to the warmer summer weather. This was a short-sleeved shirt with the School crest and “The Peninsula School” embroidered above the pocket; it could be worn without a tie during February only.

In 2013 the embroidered shirt became the standard shirt for both summer and winter uniform.

From 2020 all students will wear uniform items branded with our current school name, Peninsula Grammar.

A Bishop’s mitre above the shield was chosen to denote Peninsula Grammar’s commitment to the Christian faith.

The incorporation of the Southern Cross and a torch together on a shield below the mitre symbolise our unique location in the southern hemisphere.

The ribbons under the mitre are the traditional ribbons attached to a Bishop’s mitre.

The torch symbolises the light of learning, but is also a reference to the torch that appears on the family crest of Matthew Flinders, whom is associated with exploration of the Mornington Peninsula.

Our six school Houses are:

At Peninsula Grammar, all six House symbols – character strengths – are nurtured in each student. Our school’s House competition is a metaphor for life, as each student needs a combination of these six attributes to pursue their personal excellence.

The House system creates smaller communities where students form a connection and build a sense of belonging regardless of their year level.

At Peninsula Grammar the success of our House system is due to the extensive opportunities provided to students to interact in their House communities, to support each other and to work towards common goals. Our House activities include competitions in sports, music performance, debating, art, chess and many more.

In 1964 all new students were allocated to New House which was renamed Newton House in 1965 in memory of Founder and first President of the School Board, Mr John Newton.

Shore House was created in 1968 and renamed Clarke House in 1976 in honour of the Foundation Headmaster, Rev Dudley Clarke.

School House and Ansett House were added in 1990 in a bid to reduce the size of the Houses and to allow greater participation in the inter-House activities. Ansett House was named after Sir Reginald Ansett who served on the School Finance Committee when the School opened and was Chairman of the Board of Governors from 1965 to 1974.

School House was renamed Carr House in 1994 in honour of Jim Carr, one of the original five Founders of the School and Chairman of the Board of Governors from 1987 to 1990.

In 2006 each House was assigned a motif and symbol to best represent their ethos, based on consultation with our students.

Those of this School where you are grown
Proclaim its name afar,
And tell the world that you can show
How bright your memories are.
Remember how in days of youth
You answered to your name
And learned the faith that love of truth
is more than love of fame.

Where e’er you pass your future days
By thought and word and deed,
So live your life that it displays
Our motto’s noble creed.
So those who follow you at School
Will stand where you have stood
And heed in turn the ancient rule
“Hold fast to all that’s good!” 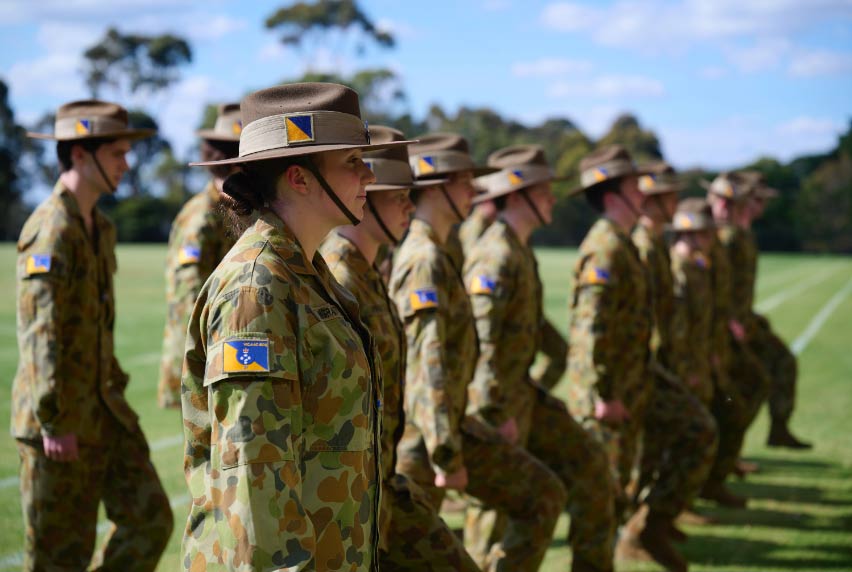 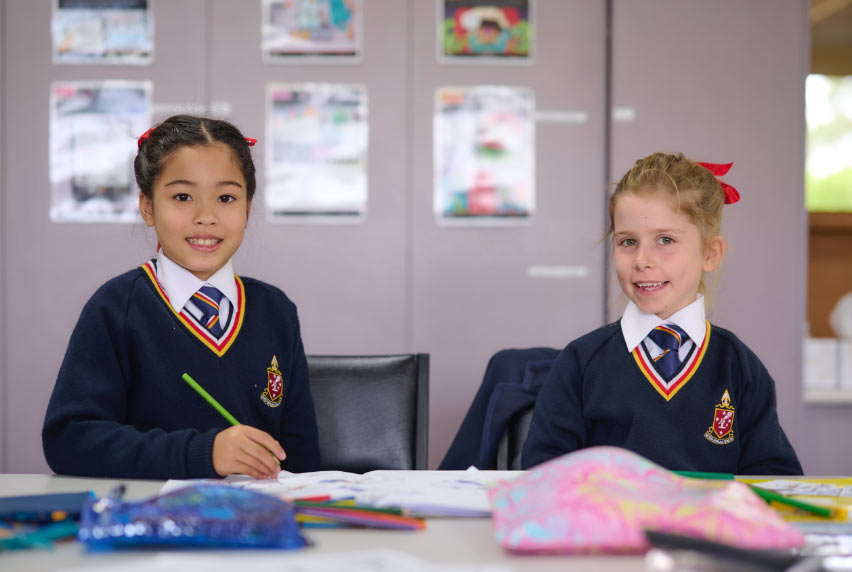 The Peninsula School’s Foundation Headmaster was the Rev. Dr. Dudley Clarke, who had an impressive ability to inspire commitment and enthusiasm in others.

He led a team of just eight Foundation Staff in 1961 but saw the School grow beyond imagination in its first decade. Dudley Clarke described the School community as pioneers working towards something new, exciting and worthwhile.

Clarke House is named in honour of our first Headmaster.

The second Headmaster, Mr Harry Macdonald, led the School with distinction for almost 20 years and saw it go from strength to strength.

His period of leadership saw the School become a centre of academic excellence with an outstanding co-curricular program. Glenmaggie, the School’s Outdoor Education Campus, became an important part of every student’s program. Harry Macdonald retired in 1991 and in 1992 received the Medal of Order of Australia for “Services to Education”.

The H.A. Macdonald Pavilion and oval are named in his honour.

Appointed Principal in 1992, Mr Ray Hille steered the School through a new era where technology became an integral part of the School day.

In 1994 girls were enrolled for the first time and by 1999 the School had girls in every year level. During his leadership the School lifted its profile significantly in Sport. Mr Hille was also a strong advocate for Performing Arts, it is therefore fitting, the Performing Arts Centre is named in his honour. Our Dux of Year 10 Prize also carries his name.

In 2010 Mr Hille was awarded the Medal of Order of Australia (OAM) for “Services to Education”.

Only the fourth Principal in Peninsula Grammar’s history, Mr Stuart Johnston has overseen the introduction of Positive Psychology, a wellbeing program which inspires the whole School.

Mr Johnston and his family moved to the Mornington Peninsula from South Australia where he had spent the past six years as Principal of Trinity College South School. Prior to this, Mr Johnston enjoyed a unique opportunity as Deputy Principal – Teaching and Learning at Jerudong International School, Brunei in South East Asia.

Board of Directors - Chair 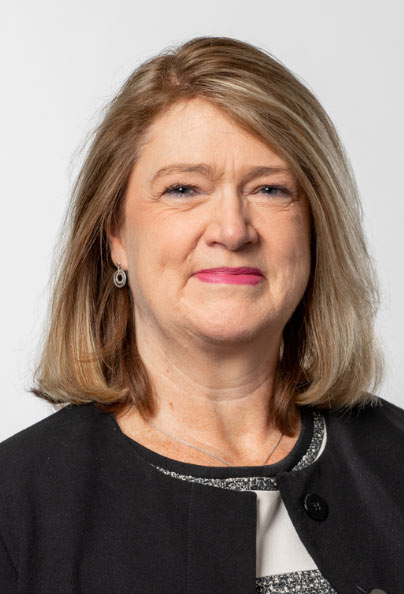 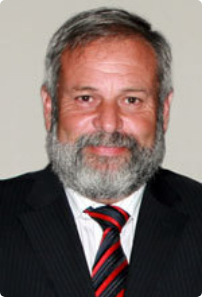 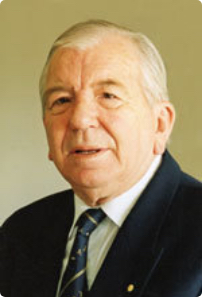 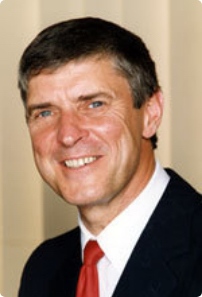 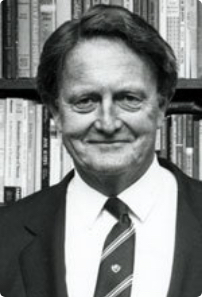 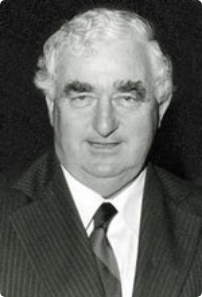 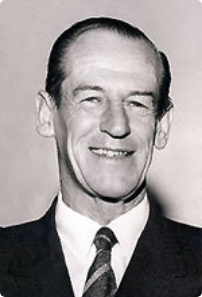 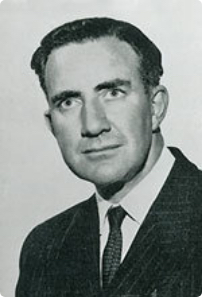 Exploring our campus is the best way to see Peninsula Grammar’s unique learning environments and our curriculum in action.

Please submit an Online Application for Enrolment and provide required documentation to place your child on the list of applicants.

Our door is always open.